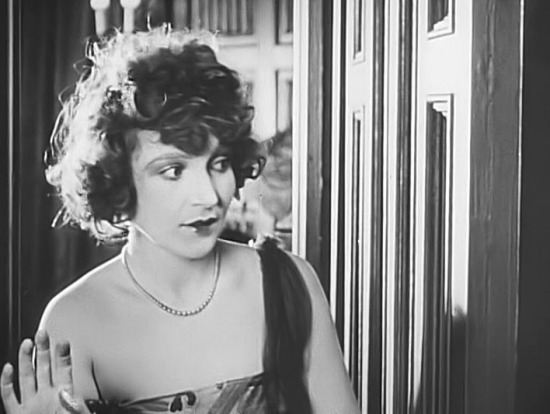 Belle Bennett stars as Truth Eldridge in the United States Moving Picture Corporation’s 1922 production of “Flesh and Spirit.” The Luzerne County Historical Society in Wilkes-Barre Pennstylvania holds a print of the film in its archives.

Belle Bennett is no longer a household name, but during the 1920s she was, starring in minor silent films such as Flesh and Spirit, and later much more well-known silent films such as Stella Dallas.  She was born on April 22, 1892 to parents William and Hazel Bennett, circus owners.  It is here that her love for performing was born and nurtured.  She first appeared before the public at the age of 13 as a trapeze performer in her parents’ circus.

After her trapeze act, she moved to New York to star on Broadway under the direction and guidance of A.H. Woods, where she appeared in productions of Happy Go Lucky, Lawful Larceny,  and The Wandering Jew.  She began to pursue a career in the nascent east coast  film industry as early as 1913, appearing in one-reel shorts produced by a variety of early film companies. By 1918, she had starring roles in full length features with the Triangle Film Corporation, including The Lonely Woman. In 1922,  she starred in the  United States Motion Picture Corporation’s production  of  Flesh and Spirit.  The Luzerne County Historical Society in Wilkes-Barre, Pennsylvania holds one of the only surviving copies of Flesh and Spirit.

When the film industry shifted to the west coast, Bennett moved to Hollywood, where she got her big break starring in Stella Dallas. In the role of mother in Stella Dallas, she developed a genuine connection with Lois Moran who played the role of her daughter.  Perhaps because the role was awarded to her right after  she learned about the death of one of her sons, Bennett poured the love and passion she had for her son into her role as Stella Dallas. Bennett was and was thereafter typecast as in very maternal roles.

Her career managed to survive the transition from silent film to “talkies” until November 4, 1932, when she lost her battle with cancer.  At the time of her death, Bennett had appeared in 87 films and had received a star on the Hollywood Walk of Fame.  She was an actress of the screen, stage, and vaudeville.  Bennett had a very successful career, and might have been even more well known if her life had not been cut so short.