About the Black Diamond Comedies Blog 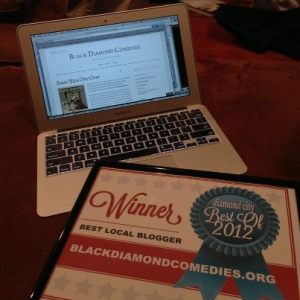 The Black Diamond Comedies blog was founded in the fall semester of 2012 as part of a digital humanities project undertaken by students working in a “Writing for New Media” course under the direction of Noreen O’Connor in the English department at King’s College.

Funded by a community research grant awarded by the Shoval Center for Civic Engagement, students partnered with the Luzerne County Historical Society, and worked with executive director Tony Brooks to conduct research on the silent films that were made between 1916 and 1920 by the United States Motion Picture Corporation in the Wyoming Valley area.

The students also worked with O’Connor and Brooks to plan and host a community screening of the silent films Her Fractured Voice, His Neglected Wife, and Flesh and Spirit, on October 28, 2012, on the King’s College campus. Charles Barilla, a historical society member who sponsored the restoration of His Neglected Wife, spoke at the event.